I have never been a sportive type of guy. Far from it, because the last time I did any serious sports dates back from when I was in school - and I was the worst kid in my class. I didn’t like sport and sport didn’t like me.

So, as the years went by, I started gaining weight, slowly. At first, it came really slow - I had quite a lot of activity because my first jobs were requiring quite a bit of physical activity - not that much, but enough to avoid me gaining too much weight.
That changed when I quit the last of those jobs, with the idea of getting started with IT. Fast forward some years and now I work in IT, but other things changed as well.

When life improves, my weight went up.

I moved out and went to live on my own and that caused the kilograms to pack on in bulk. It’s strange how hard it is to buy food for just one person - everything is available in multiples of 2 and that, together with poor portion control, led me to gain a lot.

At the beginning of this year, I set myself a New Year’s resolution. My weight was getting at an alarmingly high level and I wanted to avoid breaking over 100kg.
So I set myself the goal of doing something about it: take steps and start working towards a healthier year. I’ve always eaten and cooked healthy, but my portion control isn’t what it needs to be. But, seeing as I already ate healthily, I decided to focus on something else, something that I haven’t done in more than 8 years: sports.

The last regular workout that I had ended about a year ago - to get to my work, I needed to take public transport (believe me, it’s not that great in Belgium). I live about 1.5 km from the railway station, so I took my bike to go to the station.
That, combined with the long stretches of walking, led me to have some activities. But that ended last year, when I got my driver’s license, I have rarely ridden my bike since (it needs big maintenance).

Time to stand up.

So, I sat down and said to myself: we’re going to sport. We’re going to run, using Start-to-Run (a well-known Flemish initiative with an app and podcast), to get me in better shape. I started my first runs in March, badly prepared. I had the app installed, my trusty OnePlus Bullets and went ahead and started until I couldn’t anymore: I started to get leg cramps.
So I went to a specialized running shop and got some anti-pronation shoes (or corrective shoes), which helped for a short while.

You see, it was already too late - I had an injury, torn muscles, which meant that I couldn’t run for 8 weeks. So I listened to the doctor and stopped running for that period, seeing the little bit of progress that I made shatter in those weeks. But I swore to myself I wouldn’t stop there.

The weeks went on and eventually, I got the all-clear from my doctor - time to sport again! But this time, I wouldn’t let anything stop me. I wanted to be prepared!

So I searched a physiotherapist, specialized in sport, to coach me and to help me reach my goal - and when I got started at the beginning of July, I had quite a journey left to go. All of the progress I made was now gone and I had to start over, but my physiotherapist was patient with me and we started all over, doing the right exercises and learning me how to stretch properly.

I started running again, no longer on asphalt or on stone, but on the “Finse Piste” (Finnish Track), a track of about 1km with a soft foundation topped with shredded bark, which lowered the hits my joints took. Next to that, I trained on the treadmill at the physiotherapist, pushing me past my boundaries bit by bit. And boy, it did help!

When I started, I could barely run for a minute - the last visit, I ran for 15 minutes without a break, which might not seem a lot, but for me it was.

And it all helped me reach me goal, as shortly after starting sporting again, I found a goal to complete, something to live forwards to: the Bobbejaanland Trail. 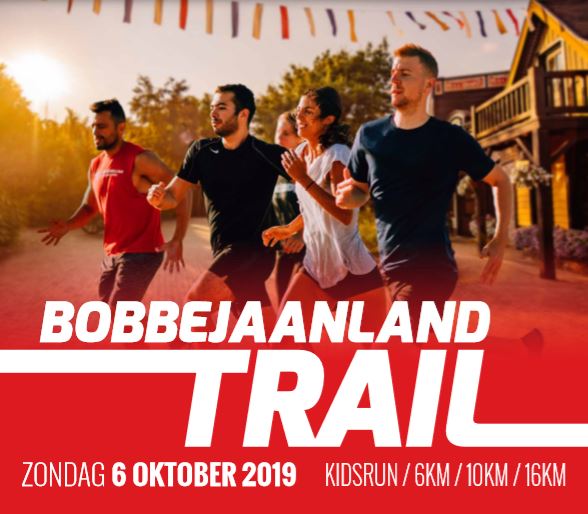 Most of you here might not know Bobbejaanland, but it’s a Belgian theme park not far from where I live and they organized a running event for the first time ever: the Bobbejaanland Trail.

I live in a really green area, and the park itself is located amidst forests and the Valley of the Nete, which means that it is the perfect place for a running event!

Long story short: it didn’t take long before I signed myself up for the 6km and started working towards it, for months, to be sure that I would be able to finish the trail.

And I did. I finished the trail, which was 6.84km long in 59 minutes and 26 seconds. Far from the best time, but for someone who is still quite a lot overweight and didn’t sport for 8 years, this was quite a nice achievement, of which I am still proud. I finished as the 104th participant out of 133.

Thanks for reading this massive wall of text!